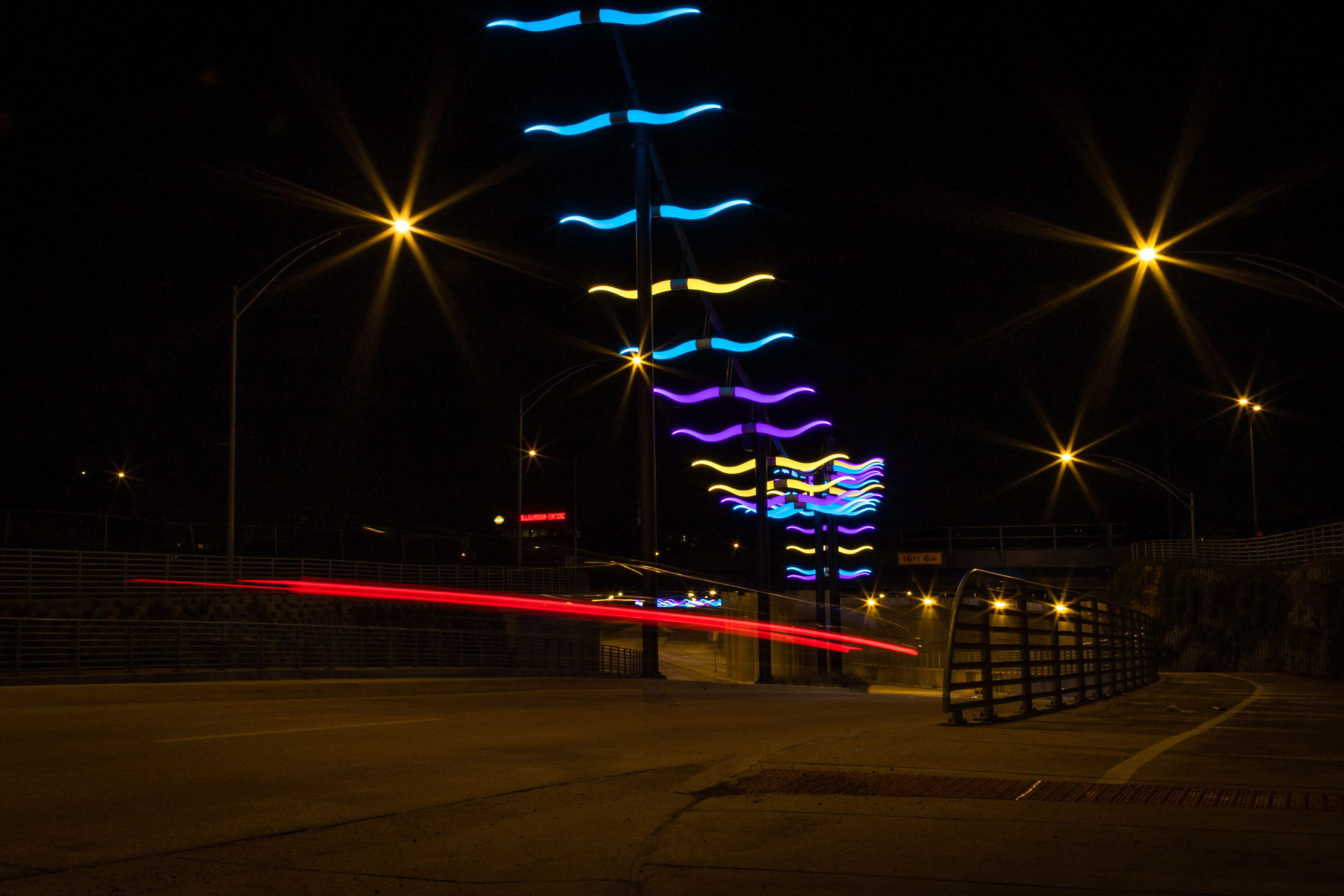 Artist Dan Corson’s design celebrates Fort Worth’s aviation history and links the patterns of migrating birds with those of jets in flight formation. Corson has also translated the city’s “Molly” icon into a contemporary expression of pattern and movement to enhance the experience of traveling through the new Hemphill Connector, located between West Lancaster Avenue at Lamar Street and West Vickery Boulevard at Hemphill Street.

When it comes to Fort Worth, Texas, we usually think of cattle drives, the Dallas/Fort Worth airport, and if you dive far into the history, then Amon Carter. What can these have in common with Dan Corson and his “Flight” sculpture, though?

Since 1940 roughly 70,000 aircraft have been built in the North Texas area. Providing $1 trillion into the local economy, 20 percent of jobs in North Texas are related to the aviation field, and DFW delivers $44 billion annually to the local economy. C.R. Smith, Amon Carter, Juan Trippe, and other small airline groups formed American Airways, eventually becoming the famous American Airlines. Smith would run the airline from 1934 until 1968. In 1939 President Roosevelt established the air force with approximately 50,000 planes just before WWII.

Being able to tie in the history of the aviation in the Fort Worth area was crucial to his sculpture. It not only brought a sense of pride to Fort Worth’s people, but it also helped create more of a sentimental value to the sculpture.

Corson didn’t stop there, though. He included Eadweard Muybridge, born Edward Muggeridge, the concept of Horse in Motion from 1878. Eadweard Muybridge believed that all four feet would be off the ground at one point in time when a horse was running. Without the technology we have today, he set up a system of triggers that took multiple photos of a horse as it ran—determining that all four feet did eventually come off the ground at one time. Mr. Corson would apply this concept to his sculpture. As you’re driving down Lamar Street, it appears as if the birds are flying. Which we can thank in large part to Muybridge’s continued research, which he wouldn’t have been able to continue had it not been funded by Stanford and the University of Pennsylvania. He would continue and develop new technologies for photographing things in motion. In the Amon Carter Museum on the second floor, you can see “A Dash for the Timber” by Frederic Remington, an artist who also used Muybridge’s concept of running horses.

While you can see the pattern or gesture Mr. Corson references while walking, it is best to see it as you’re driving. Stopping your car and getting outside was not what he had in mind, but if you’re stepping outside of the tunnel, then you might still be able to see it. Driving through the area and seeing the sculpture out of your peripheral vision is also ideal. The repercussion of seeing moving birds and/or longhorns ties things back to history and what people think of North Texas.

Keeping the sculpture fresh each time someone drove by was also a key concept. Mr. Corson incorporated sixty (60) variations of colors and patterns. Each “bird” or “horn” is twelve (12) feet long, has an iced white finish, and is made of robust translucent polyethylene. Some of the patterns are inspired by the Texas bluebonnet, as you see a lot of blue patterns. On the downtown side of Fort Worth, there are twenty-eight (28) “birds” or “horns”, which are being supported by five (5) painted steel beams, with the tallest being thirty-five (35) feet. On the Near Southside end, another thirty-five (35) “longhorn/birds” are suspended from the I-30 overpass beams with some emerging out from under the connector. 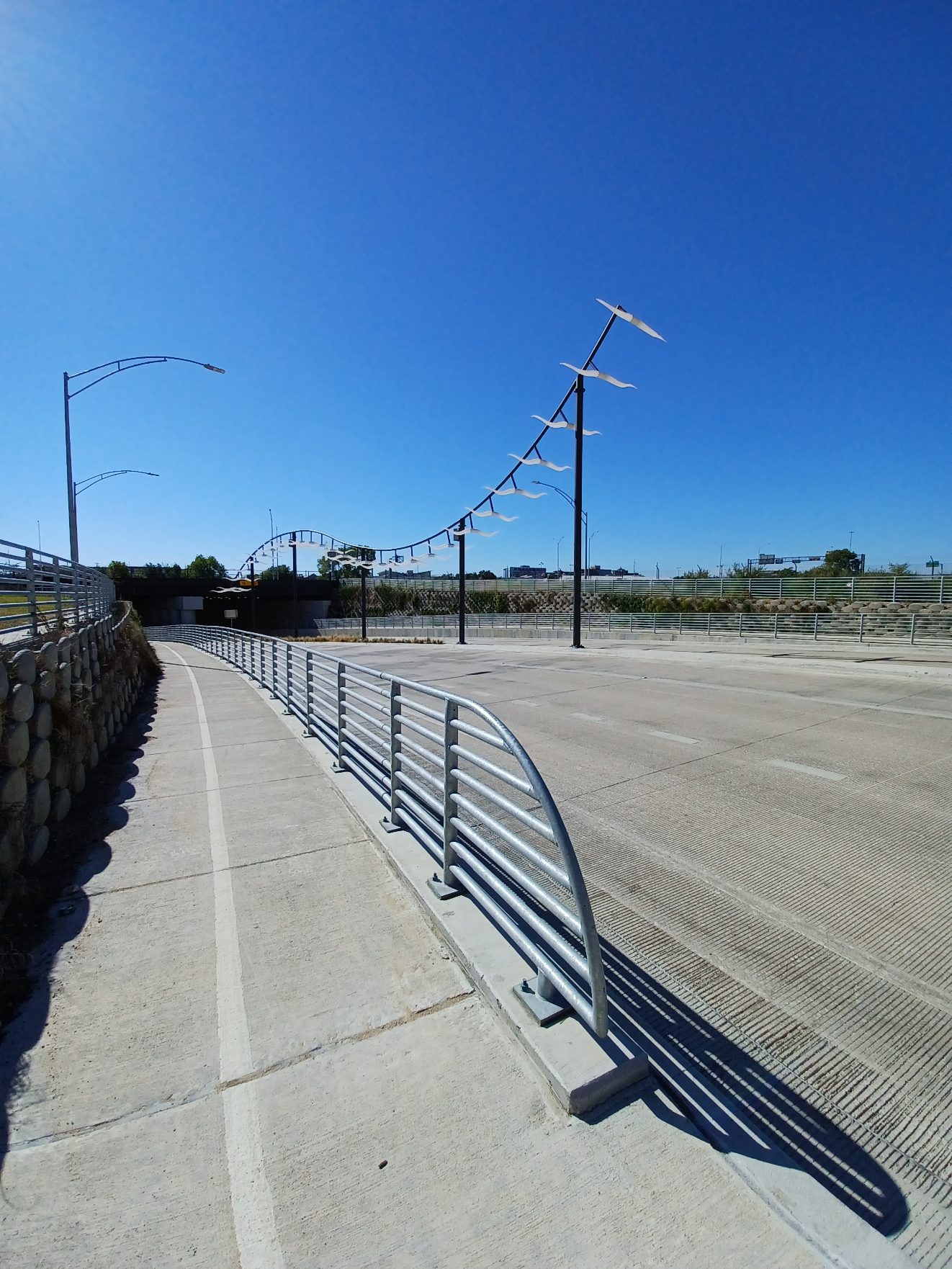 Dan Corson is an internationally recognized artist whose large-scale immersive installations and public artworks often engage the viewer as co-creators. Originally trained in theatrical design, Corson’s artworks are infused with drama, passion, layered meanings, and transform from day to night in mesmerizing ways. He is particularly interested in green design and new technologies and how these tools can help frame and amplify the natural world and our shifting relationship to it. Corson has recently shifted his love of botanically-inspired subject matter to his new artistic focus as proprietor of the Hamakua Chocolate Farm on Hawaii’s Big Island.

Kiboworks’ products and solutions are created with masterful skill and attention to detail inspired as much by traditional craftsmanship as by state-of-the-art engineering. This pursuit of perfection is evident at every stage of the process of the project. They have always pursued a uniquely uncompromising approach to creating unique solutions. They frequently work on major public art projects by world-renowned artists and recently renovated the Times Square New Year’s Eve ball in New York City. 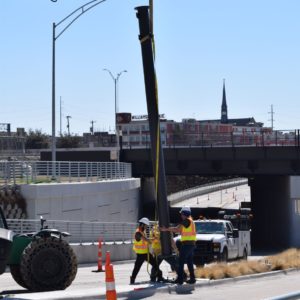 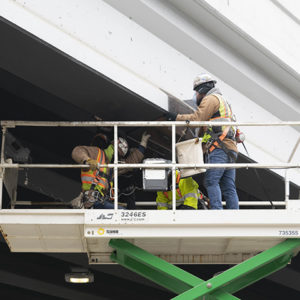 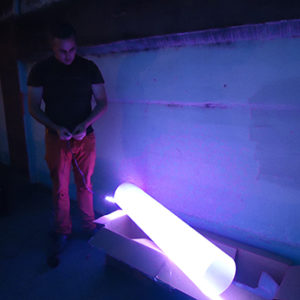 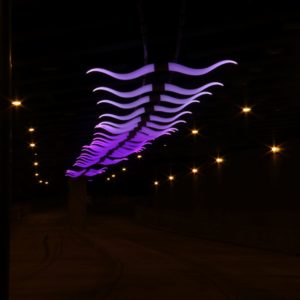