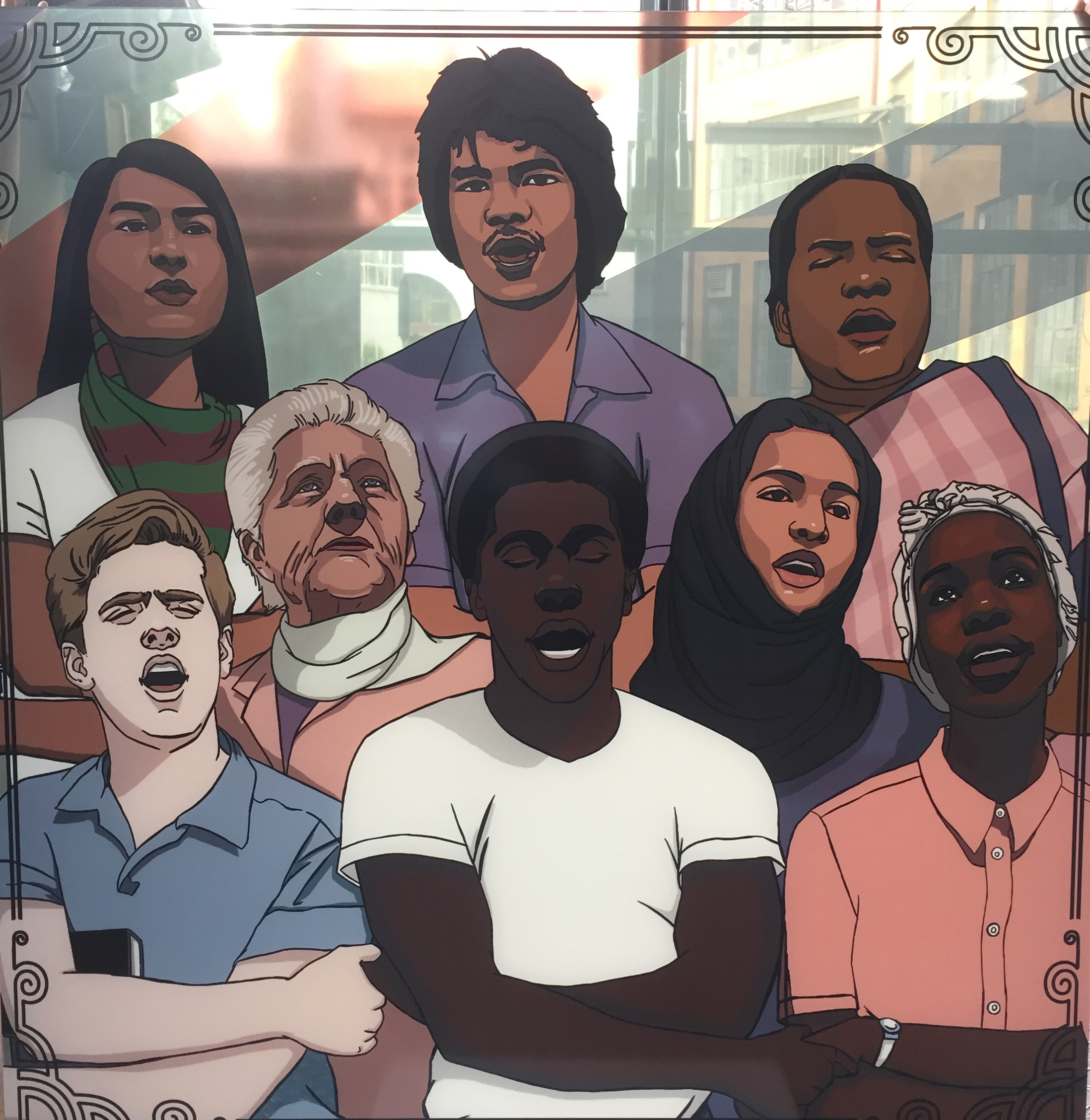 Remnants of 1965 presents Fort Worth’s rich culture and diversity by commemorating an important moment in history to inspire and remind us of what it took for us to get where we are today. Artist Riley Holloway approached his first public art project by using his background in drawing​ ​and​ ​graphic design to create imagery that is​​ ​strong and clear.​ While Holloway maintains visual elements found in his​ ​oil​ ​paintings, he chose to ​fabricate the​ ​artwork​ ​digitally​ to​ ​add​ ​a​​ ​decorative​ ​element​ ​to​ ​the​ ​work that seamlessly integrate​s ​ ​with​ ​the building’s Art Deco​ ​interior​ ​design and color palette.

On Sunday, March 14, 1965, Fort Worth demonstrators rallied in front of City Hall (now the A.D. Marshall Public Safety & Courts Building) to protest vicious attacks on nonviolent activists in Alabama who were marching for African Americans’ constitutional right to vote. Riley Holloway’s Remnants of 1965 celebrates the peaceful, civil rights demonstration and the inspirational community spirit that brought attention to ideas of equality for all.

Inspired by a historic Fort Worth Star-Telegram photograph of the event and moved by the simple expression of joined black and white hands, Holloway’s three painted vignettes draw a modern-day parallel to that moment. The artist first features a contemporary young African American woman in front of the American flag as a symbol of resilience and patriotism. She also joins in song alongside seven other contemporary figures of various ethnicities, genders, and age groups, together representing the city’s diversity in 2020. Bound together by radiating beams of color, the triptych memorializes the City’s 1967 Ordinance that empowered the Community Relations Commission* stating that “discrimination against any individual or group because of race, creed, color or national origin is detrimental to the peace, progress and welfare of the City.” Those principles, outlined in the Civil Rights Act of 1964 and the City’s Ordinance, champion the purpose of the Municipal Court – equal justice before the law.

The artwork will be dedicated as part of a ribbon-cutting ceremony celebrating recent building improvements.  More details will be announced soon.

Hunting Prize finalist and figurative painter Riley Holloway currently works out of Dallas, TX. He attended The Art Institute of Dallas and the Florence Academy of Art, after which he was awarded an artist residency at The Fairmont Hotel in Dallas. Holloway is best known for his dynamic work and fresh look at figurative art. Holloway’s aesthetics create familiar spaces that are rich in storytelling, free from constraints, and true to his subjects. 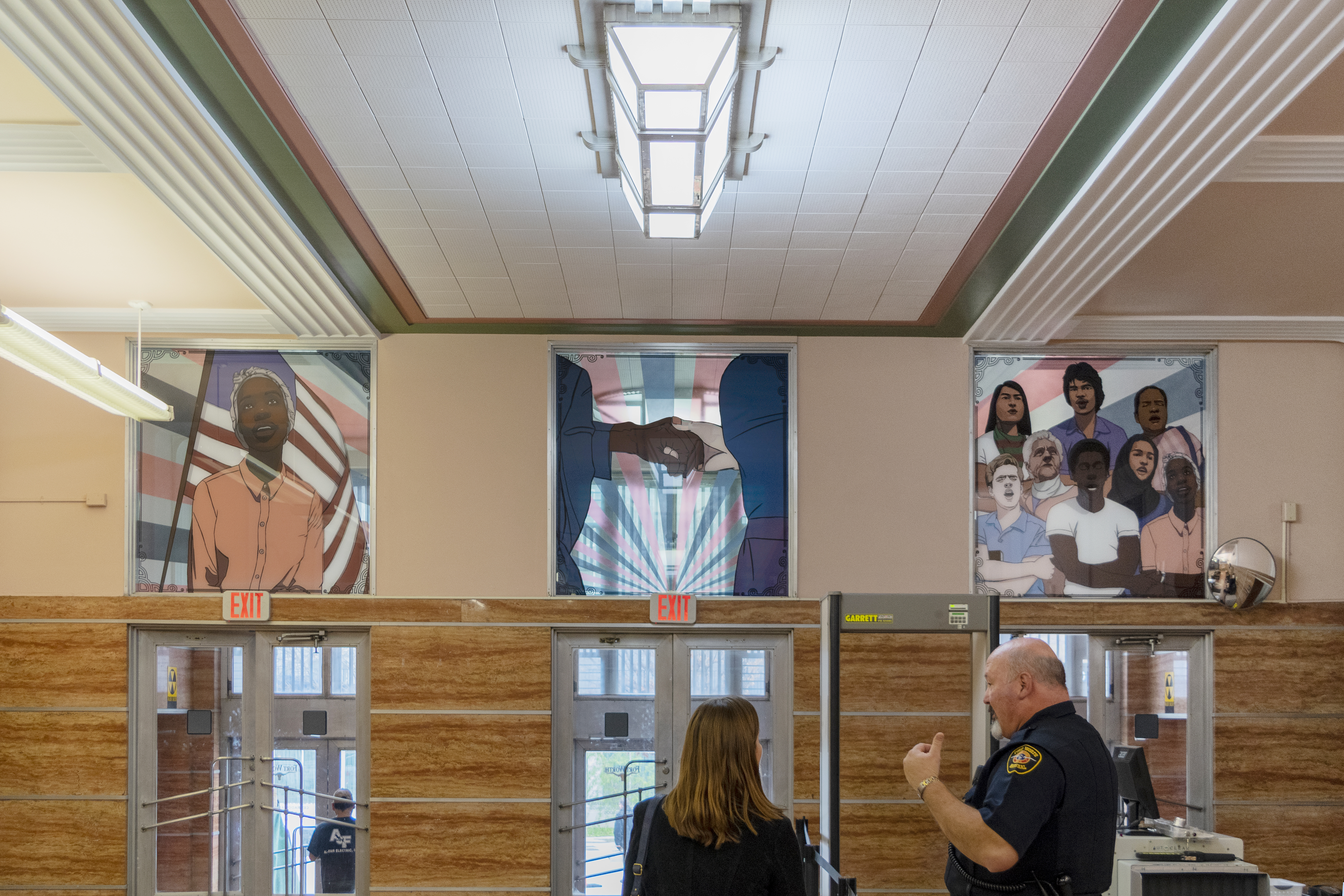 *Since adoption of the ordinance more than fifty years ago, the Human Relations Commission, as it is now known, has tackled several sensitive issues promoting equal opportunities for all including access to housing, employment, and enjoyment of public places.  Today, the Human Relations Commission continues to celebrate the City’s diversity and fights for equality for all residents of Fort Worth. 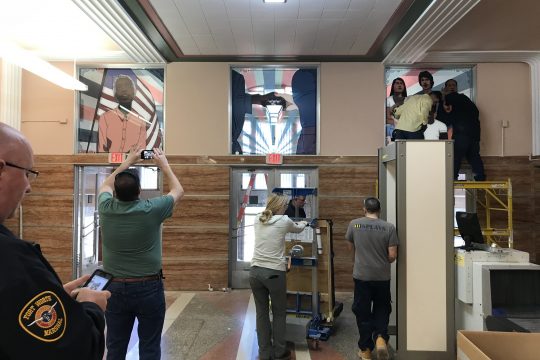 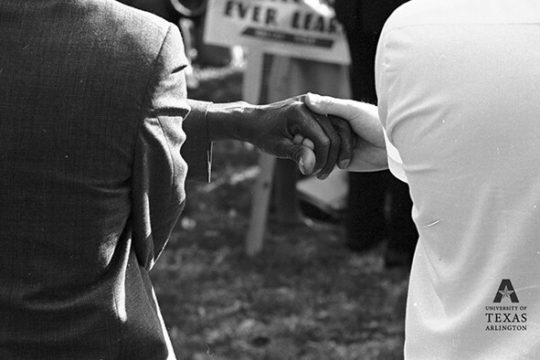 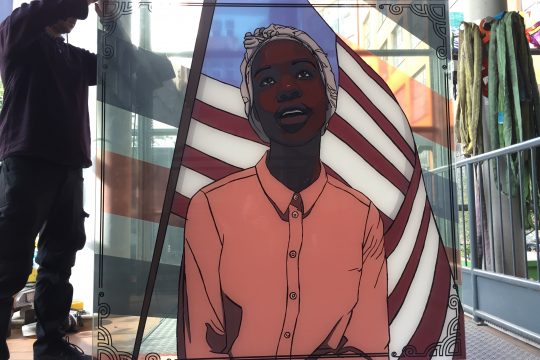 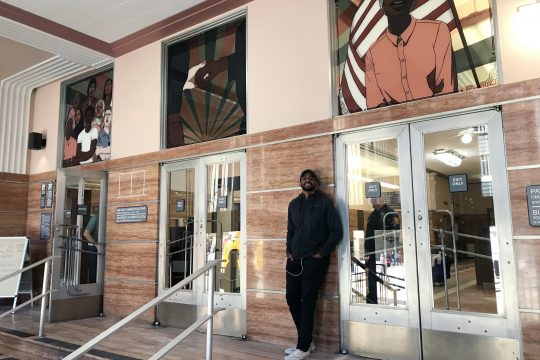