Nick Bontrager is an interdisciplinary artist whose work and research explore the physical and conceptual nature of the moving image, game-based interactions, and exchanges.
Nick received his MFA from The Ohio State University for studies in Art & Technology and his BFA at the University of Houston in Photography & Digital Media. His artwork has been exhibited internationally in film festivals, museums, and galleries with a recent focus on interactive electronics workshops for underrepresented and under-served groups. Nick is currently an Associate Professor of New Media Art at Texas Christian University in Fort Worth, Texas where he resides with his partner, Jessica, and their two cats, three chickens, one human daughter, and one turtle.

In Alone Together, the artist Nick Bontrager features objects and imagery that are informed by both personal experiences and the history of gaming culture. The three reconstructed arcade cabinets in this iteration of Alone Together for New Stories, New Futures are sourced from early memories in dual moments of solitude/multitude. The works appear to slowly sink into the ground as their real-life counterparts continue to degrade and disappear from our shared public spaces.

Alone Together: Maquette for “sustain/attack/decay/release #5”, 2017 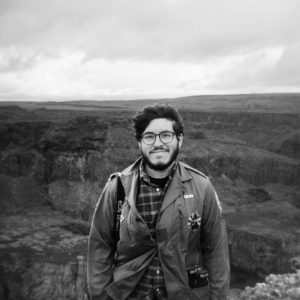