Quayola  (b.1982) employs technology as a lens to explore the tensions and equilibriums  between seemingly opposing forces: real and artificial, figurative and abstract, old  and new. His varied practice, all deriving from custom computer  software, includes audio/visual performance, video, sculpture, and works on paper.

Texas Surveys is the latest iteration of Quayola’s ongoing research on the tradition of landscape painting, and more broadly a reflection on man’s tradition of representing nature.

The observation of nature is at the basis of the primitive bond of man with his surroundings. In his work, Quayola reclaims an idea of knowledge from the past, in which the artistic practice allowed scientists to decipher nature. In Leonardo Da Vinci’s studies, for instance, the pictorial practice served the task of understanding the natural world. Similarly, Quayola’s artistic research is allowing us a new, different glimpse at the natural world, which can be achieved through the cooperation between him and the technological apparatus.

In the first of these chapters, Quayola  will employ high-precision 3D laser scanning systems to capture  geometric data of various trees in Fort Worth.  Each tree will be translated into hundreds of millions of 3D   coordinates, which will then be visualized digitally as complex clusters of geometries.  The resulting animation will  explore both the intricacies of natural forms, as well as the aesthetics of digital reproduction.

The second chapter will focus on the observation and, ultimately , new representation of one of Fort Worth’s most iconic symbols: Horses.  Employing the latest digital tracking  systems,  Quayola  will digitize a series of horses’ movements and translate them into abstract animations.  The  rhythmic movements of the horse become a dataset to drive pictorial simulations.  The result of this process will be  a series of computational paintings, on one side completely abstract, but on the other fully driven by the animal’s  motion.​

Also a frequent collaborator on musical projects, Quayola has worked with composers,​ orchestras and musicians including London Contemporary Orchestra, National Orchestra​ of Bordeaux, Ensemble Intercontemporain, Vanessa Wagner, Jamie XX, Mira Calix, Plaid​ and Tale Of Us.  In 2013, Quayola was awarded the Golden Nica at Ars Electronica. 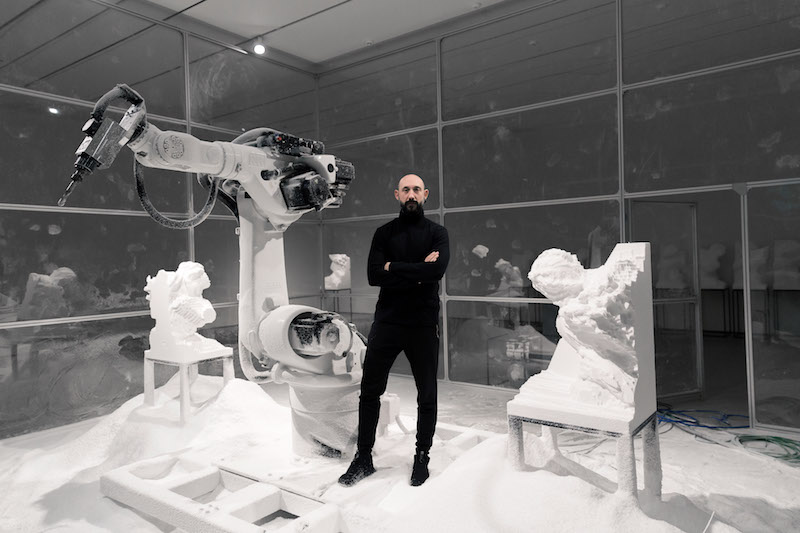